Day 2 in Phnom Penh. Went to the Choeung Ek Killing Fields and Tuol Sleng Genocide Museum. Definitely not the most happy of days, because there was just so much tragedy to take in that you feel really sombre and sad. 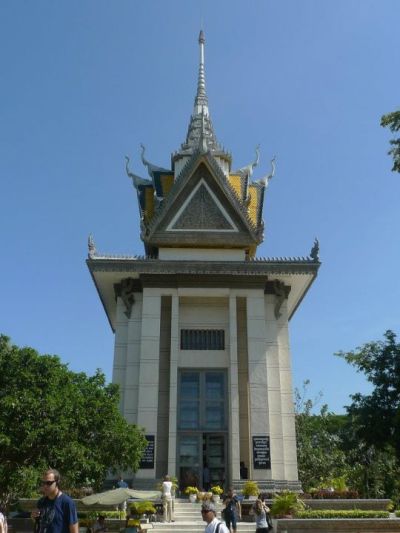 The stupa dedicated to the victims of the killing fields. 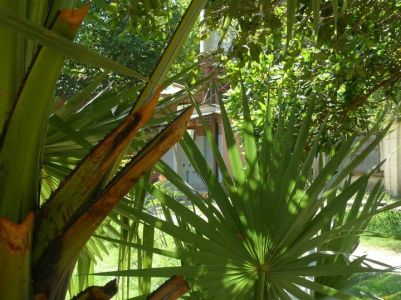 Ammunition was scarce and valuable in those days. There were so many people to kill that the Khmer Rouge used other improvised ways to end the lives of those sent to Choeung Ek. One of the ways was by using those protruding bits from the palm trees, because it was so sharp and hard. So they used these to slit the throats of the people, and left them to die from bleeding. 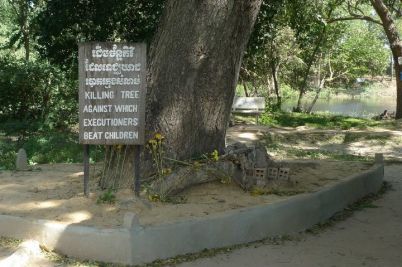 I was truly horrified to learn about the killing tree. After the reign of Khmer Rouge ended, the rescuers discovered that there was a tree with a trunk bloody with brain matter and gore. The soldiers were very cruel; they took babies by their legs and swung them against the tree to kill them; then tossed the bodies into a nearby burial pit.

To prevent detection of what Choeung Ek was doing (nearby villages had no idea that this place was a killing field), the soldiers played nationalistic anthems from a speaker hung from this tree. The songs would be loud enough to drown out the cries of the prisoners.

There was a plaque there that described how horrific it must have been for the victims. There were fluorescent lighting hung all over the place, because the executions went on even at night. So every scene of depravity, every cruelty inflicted by the soldiers would be brightly lit by the lights, while nationalistic anthems played loudly in the background. 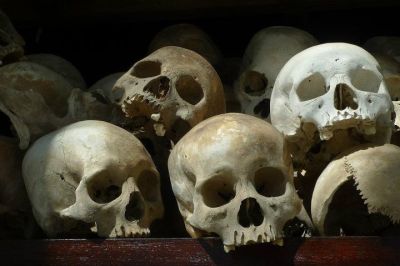 Skulls of those killed at Choeung Ek. 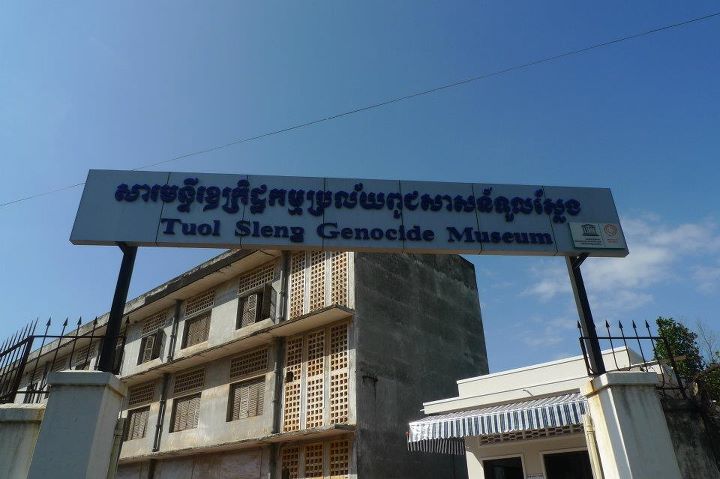 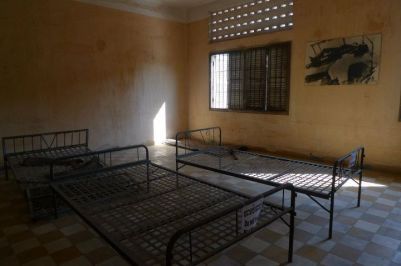 The photos on the walls were photos of what the army saw when they first entered the rooms.

I didn’t take a closeup because some of the photos are pretty gruesome. They were executed in a hurry and you could see the pool of blood underneath the body, as well as the state of emaciation and injuries the body had. 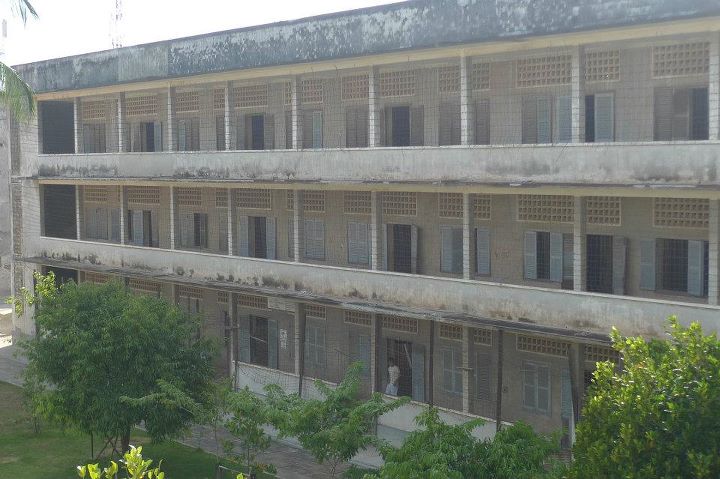 Visitors left some touching graffiti underneath one of the stairwell. 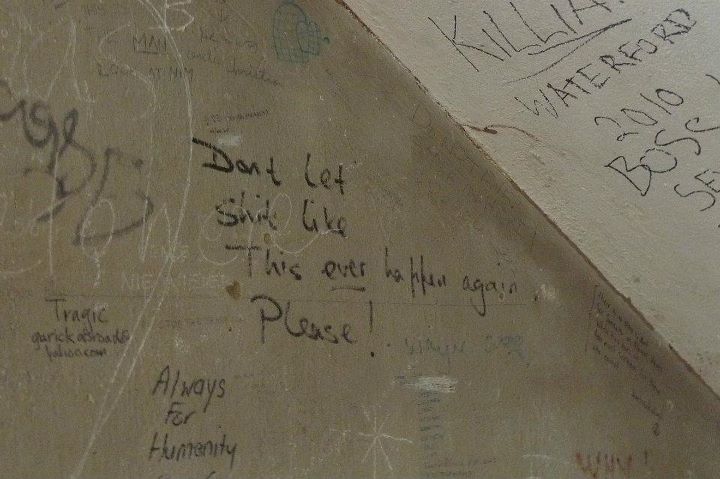 Tuol Sleng is not a happy place. There were photos after photos of all the victims there, from young victims to people in their 70s. Some looked dazed, some looked angry, some looked confused.

The Cambodian Genocide is truly terrible. In the four years (1975 – 1979) that Khmer Rouge was in power, an estimated 2 million died. At that time Cambodia had a population of about 7.3 million. 2 million, out of 7.3 million – that’s almost a quarter of the population.

It’s so bad that apparently every living Cambodian today had a relative or family who died during the Khmer Rouge.

What I also found sad was that this was not a case of foreign soldiers coming into their country and massacring their people. Pol Pot, leader of the regime, was a Cambodian – and so were most of the soldiers. It was countrymen against countrymen.

I feel horrified by the massacre, because we always assume that genocides and massacres are marks of an earlier era, when human rights were not so developed yet. Maybe we assume that organisations like the UN and peace keeping corps would prevent such large-scale tragedies from happening. But the Khmer Rouge period happened barely 40 years ago and even after the atrocities were slowly coming to light in international press, Pol Pot and the Khmer Rouge stil retained their seat in the UN.