Headed to a wildlife sanctuary inside this Whiteman Park to see wild kangaroos and so on. Having no car of our own, Cherie and I took a two-hour journey to get there, including two bus rides and a walk through the suburbia of Perth, including helping this lady with her handbag as we walked to the mall. 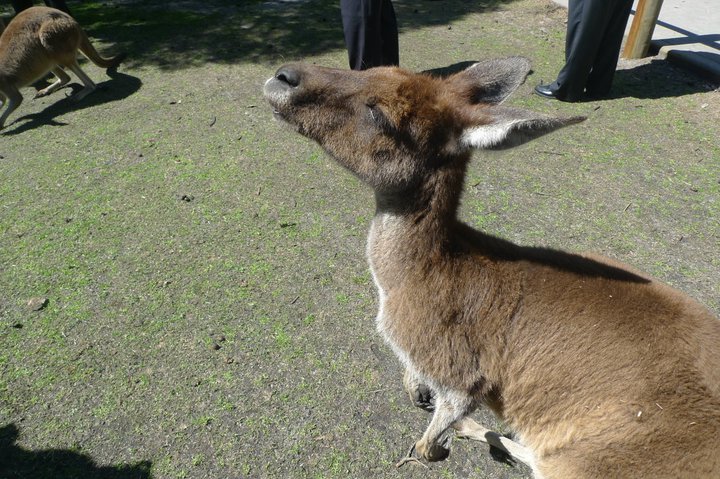 Kangaroos! They are super friendly, I guess because they want your food.

So cute! I was damn happy when the kangaroo clutched my hand to eat the pellets. Unfortunately they left behind massive amounts of saliva. 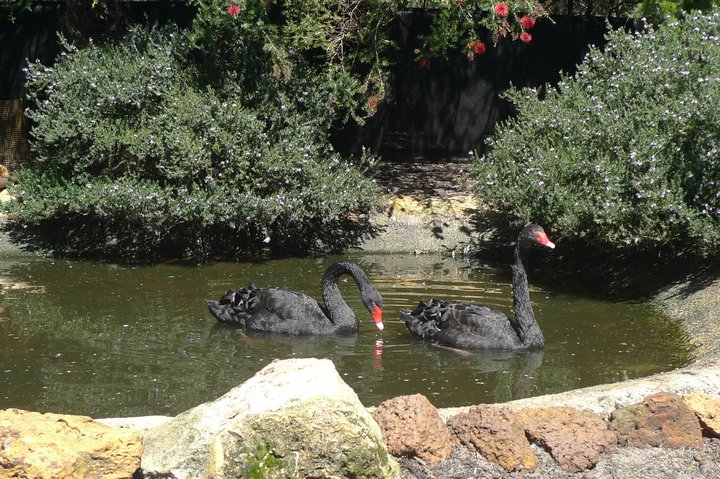 Pretty black swans in the sun.

A cow clambering for attention from you.

A bid for escape! The sheeps, lambs and goats in this enclosure were all very demure and passive when we went in. But when a sheep successfully escaped the pen, the rest of the creatures all started baa-ing and tried to follow suit. Here they are, all waiting for another hapless human to be careless with the gate.

Poor sheep being tussled for some fur shearing. 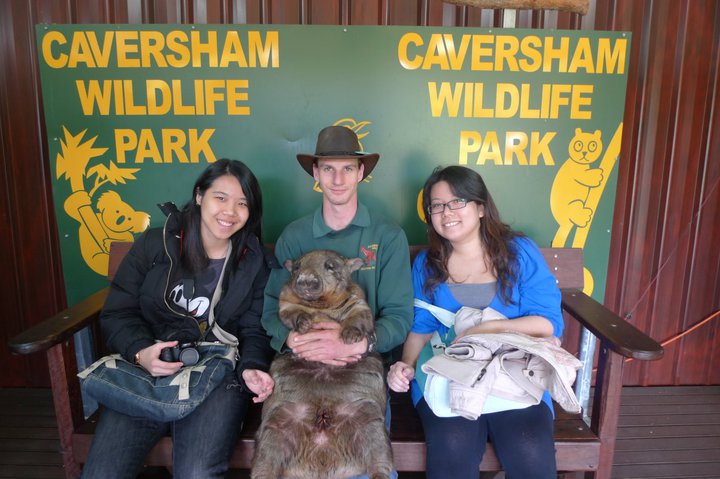 Wombat! So adorable. But I think he was damn heavy because the ranger couldn’t carry him standing up for long.

Here’s a pretty owl and her ranger.  I think the ranger looks like Tilda Swinton! 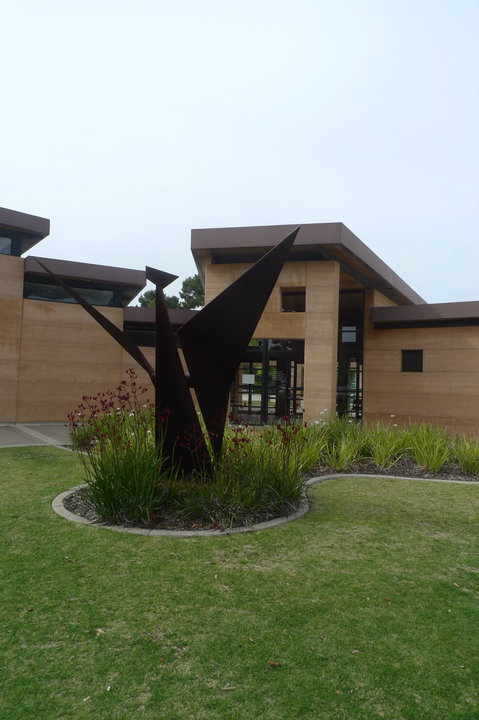 On the second day, before heading to Fremantle, we took a walk around Murdoch University. This could be the school I was studying in! 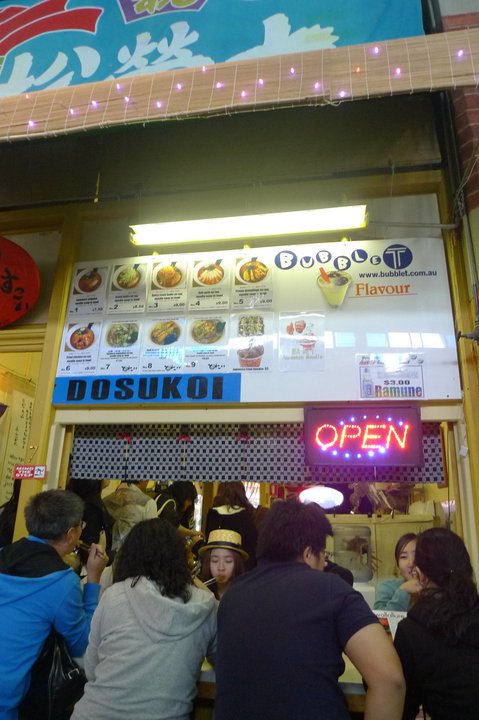 Headed to Fremantle and bought tons of stuff, including chocolate. And this is the famous ramen store in Fremantle. Average waiting time? 40 minutes. 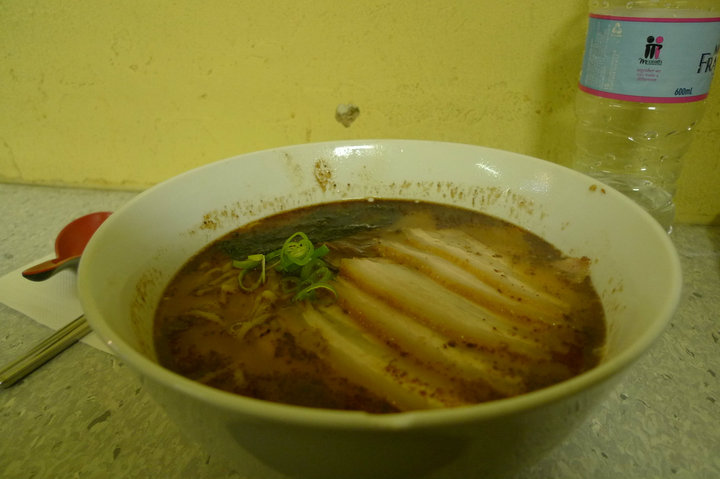 Delicious to the point of being sinful. Pork ramen in soy-based soup. 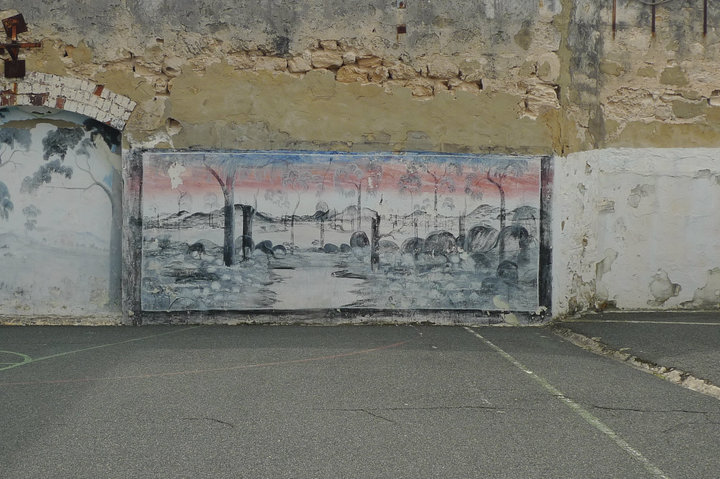 Prisoners drew this mural… unfortunately the pain is fading.

Here’s me in front of the entrance! 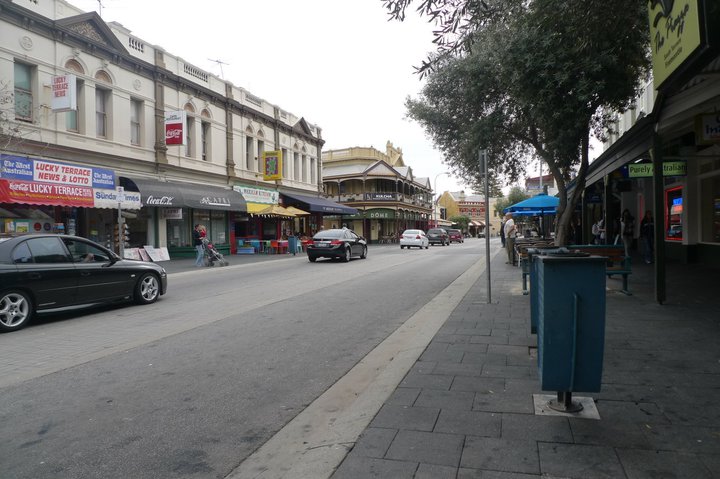 Walking around the coastline!

This is the view from Murdoch University near dusk, where the setting sun created a blazing sky of red and pink and purple.

On my last day in Perth, headed to eat dim sum at this restaurant. This is amazing dimsum – it’s really better than anything I have eaten in Singapore. 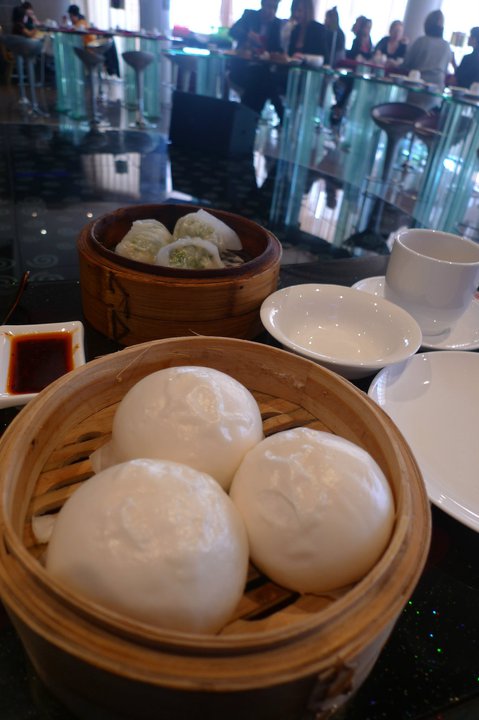